There are some modules. 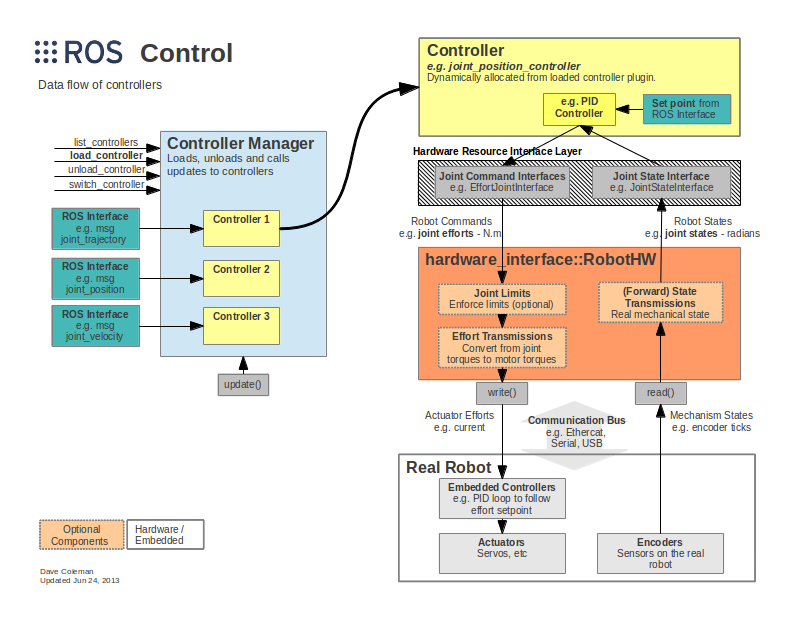 There are many controller on ros-control.

Trajectories are specified as a set of waypoints to be reached at specific time instants, which the controller attempts to execute as well as the mechanism allows. Waypoints consist of positions, and optionally velocities and accelerations.

How to connect real robot

You can easily control the robot manipulator using ros-control and moveit.

4. publish angle on each joint

Why it is need?


This page is synchronized from the post: ‘What is ros-control’

Your browser is out-of-date!

Update your browser to view this website correctly. Update my browser now